For Industrial Steam Systems, Condensate Draining Is a Must 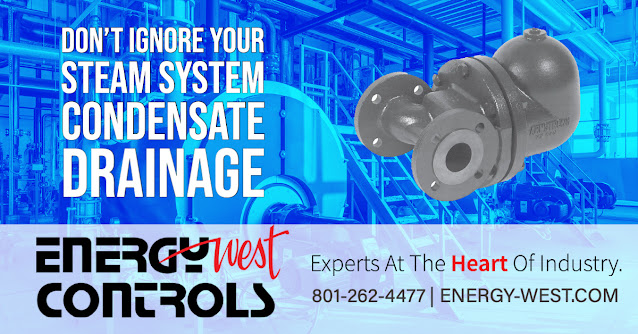 Abstracted from a technical article from Armstrong International
In a steam system, condensate is a byproduct of heat transfer. It accumulates in the distribution system as a result of unavoidable radiation. It also forms in heating and process equipment due to the desired heat transfer from the steam to the heated substance. The hot condensate must be removed immediately after the vapor has condensed and released its valuable latent heat. Although the available heat in a pound of condensate is negligible compared to a pound of steam, condensate hot water should be returned to the boiler.
Condensate at the bottom of steam lines can cause one kind of water hammer. As it passes over this condensate at speeds of up to 100 miles per hour, steam creates "waves" (Fig. 1). If enough condensate forms, high-speed steam propels it forward, forming a dangerous slug that grows in size as it picks up liquid in front of it. Pipe fittings, regulating valves, tees, elbows, and blind flanges can all be destroyed as the slug changes direction. High-velocity water may erode fittings by chipping away at metal surfaces, in addition to causing damage from this "battering ram."
The necessity of draining the heat transfer unit.
When steam comes into contact with condensate that has been cooled below the steam temperature, it can cause thermal shock, another type of water hammer. Steam has a much larger volume than condensate, and when it suddenly collapses, it can send shock waves throughout the system. Water hammer of this type can damage equipment and indicates that condensate is not being drained from the system.

Condensate in the heat transfer unit obviously takes up space, reducing the physical size and capacity of the equipment. Prompt condensate removal keeps the equipment full of steam (Fig. 2). As steam condenses, it leaves a water film on the inside of the heat exchanger. Non-condensable gases do not flow away due to gravity. Instead, they build up as a thin film on the heat exchanger's surface, along with dirt and scale. All of these are potential heat transfer barriers (Fig. 3).

The requirement to remove air and CO2.
During equipment startup and boiler feedwater, the air is always present. Dissolved carbonates in feedwater may also emit carbon dioxide gas. The gases are pushed to the walls of the heat exchangers by the steam velocity, where they may obstruct heat transfer. These gases must be removed along with the condensate; otherwise, the condensate drainage problem is exacerbated.
For more information on any aspect of industrial and commercial steam or hot water systems in the Rocky Mountain Region, contact Energy West Controls. Call 801-262-4477 or visit Energy-West.com.
Labels: Arizona, Armstrong, Colorado, condensate, energy services, Idaho, Montana, New Mexico, North Eastern Nevada, steam, Utah, Wyoming
Newer Post Older Post Home 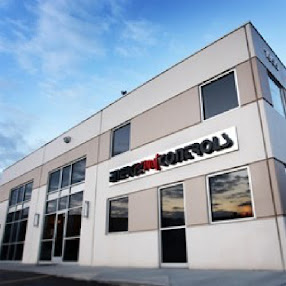 Experts At The Heart of Industry

EWC (Energy West Controls) has successfully been in business for over 40 years. We are experts in energy services, process valves & automation, fluid sealing and boiler level instruments. EWC supports customers across 7 states in the Rocky Mountains, providing solutions to their energy and steam requirements in industries as varied as hospitality, food and beverage, engineering firms, contractors, mining, refinery, chemical, power and military.